In The Collector by Anne Mette Hancock, the second chilling novel in her Danish psychological crime thriller series, Hancock vaults the high bar she set with her bestselling debut novel (The Corpse Flower, 2017) with astonishing ease. 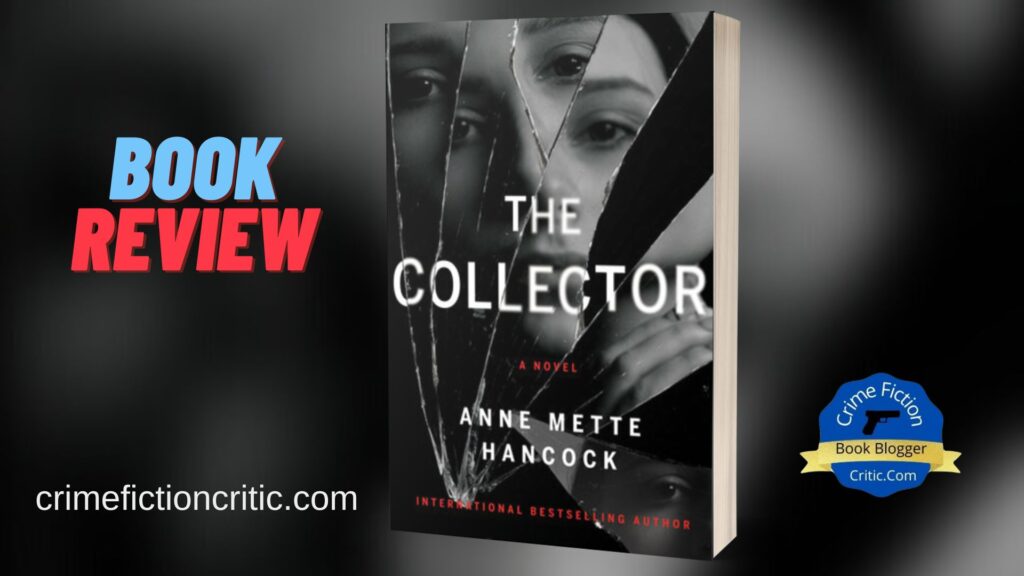 I’ve now read the second novel in Anne Mette Hancock’s Kaldan and Schäfer Danish psychological crime thriller series. Hancock has given us something different in both outings and I enjoyed The Collector every bit as much as I did her brilliant debut, The Corpse Flower. This novel explores the nature of truth and what it means when we can no longer trust what we believe is real. 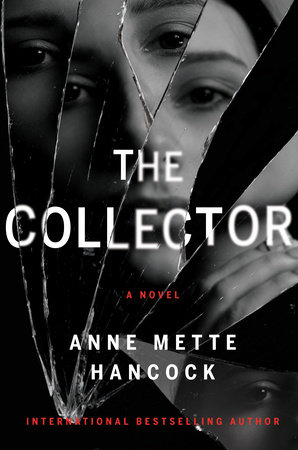 For fans of Katrine Engberg and Lars Kepler, the second chilling novel in Anne Mette Hancock’s #1 bestselling Danish crime series is a psychological whirlwind that explores the nature of truth and what it means when we can no longer trust what we know to be real.

When 10-year-old Lukas disappears from his Copenhagen school, police investigators discover that the boy had a peculiar obsession with pareidolia—a phenomenon that makes him see faces in random things. A photo on his phone posted just hours before his disappearance shows an old barn door that resembles a face. Journalist Heloise Kaldan thinks she recognizes the barn—but from where?

When Luke’s blood-flecked jacket is found in the moat at Copenhagen’s Citadel, DNA evidence points to Thomas Strand, an ex-soldier suffering from severe PTSD. But then Strand turns up dead in his apartment, shot in the head execution style.

What did the last person to see Lukas really witness that morning in the school yard? Was it really Lukas, or an optical illusion? Can you ever truly trust your eyes?

The disappearance of a ten-year-old boy from his primary school once again brings together a seasoned Danish Violent Crimes Unit detective and an investigative journalist turned sleuth to find the child before it’s too late. Along the way, things get complicated.

In winter in the Denmark capital of Copenhagen, it’s Detective Erik Schäfer’s (The Corpse Flower, 2017) least favorite kind of crime, a missing child. Ten-year-old Lukas Bjerre disappeared from the rec center that provides his school’s aftercare program and no one has a clue about what happened to him. Detective Erik Schäfer and his partner Lisa Augustin rush to the school to investigate. They find a witness who recalls seeing the boy’s father dropping Lukas off at school that morning, but no one seems to have seen him since. Then, once Schäfer and his partner interview school staff members, they discover something chilling. It seems Lukas was absent from all his classes. Instead of only a few hours, he has been missing the entire day, but a staff member had failed to note his absence until the end of the school day. This discovery provokes an all-hands-on deck situation for the Copenhagen police and officers descend on the school to search every nook and cranny for the missing boy. Schäfer and his team, with no real leads, launch an almost around the clock investigation, knowing the likelihood of a grim outcome increases with each passing hour Lukas remains missing. The foreshadowing event that Hancock gives us in the first chapter adds to the sense of dread we feel when we learn about the missing boy and we fear the worst.

It isn’t until the fourth chapter that the author reintroduces us to the co-protagonist, investigative journalist turned amateur sleuth Heloise Kaldan. Those of us who read The Corpse Flower, first met her in Hancock’s celebrated and riveting debut novel, the first novel in this series. The role Hancock assigns Kaldan in this book intrigued me. Instead of Heloise becoming immediately involved in the missing child case, she remains mostly on the periphery of the investigation until late in the story. In this book, we largely read about Heloise’s chaotic personal life and learn about a dreaded personal event she is in the middle of that leaves her ambivalent about some hard decisions she must make. Past painful events in her life have left Kaldan cynical about expecting too much from life in general and especially from other people. As examples, she views the world as such an awful place that she can’t imagine someone wanting to bring children into it, and at least for herself, rejects the institutions of marriage and family. While Heloise’s hard outer shell remains intact, she seems far more softer and vulnerable on the inside than I recall her seeming in the first book. This novel also reveals more of her flaws–demanding far more honesty from her friends than she offers in return, rationalizing her own shortcomings, and violating the trust of a friend because getting the details for a story her boss assigned is more of a priority for her than loyalty to a close friend. Heloise Kaldan is a flawed character we almost want to despise, but can’t help liking because she evokes our empathy and, to a degree, sympathy. I love her role in this book because the exposure of the intimate details makes the progress of her character arc clear and obvious.

In my review of The Corpse Flower, I mildly criticized Hancock’s character, Erik Schäfer, feeling in spots in the dialogue, his use of certain colloquialisms sometimes made him seem more like an American police detective than what I’d expect a Scandinavian police detective to be like. That’s all gone in this second novel. I came away from this one feeling strongly that Erik Schäfer much reminded me of Jo Nesbø’s dogged and methodical Harry Hole character without all of Hole’s eccentricities. I loved that since it seems Nesbø is done with Harry Hole and for me Hole ranks right up there with Michael Connelly’s Harry Bosch as a tough, believable detective character. So, I’m definitely on board for a similar character to root for. I liked Erik Schäfer in the first book, but loved him even more in this one.

When the publisher offered me an advanced copy of The Collector, I felt slight trepidation about accepting because Hancock’s debut novel was so brilliant. Often when an author hits it out of the park with a first book, the second book, even when it turns out good, just never quite measures up and leaves you feeling disappointed. But I shouldn’t have worried since with this one, Anne Mette Hancock vaults the high bar she set with The Corpse Flower with astonishing ease.

Hancock is a gifted storyteller who has mastered tight plotting and near perfect pacing. She grabs the reader’s attention with the first page and then keeps you engaged until the very end. Her writing style is, at times, almost lyrical. As wonderful as she is at giving us fully fleshed out, realistic and believable main characters, Hancock doesn’t skimp on sketching the supporting cast of characters for us either. Besides Heloise Kaldan and Erik Schäfer, she offers the reader a host of other interesting, realistic characters in The Collector the reader enjoys getting to know and either loves or hates. I found Heloise’s bestie Gerda Bendix, Bendix’s precocious eight-year-old daughter Lulu, and former police psychologist Michala Friis, who assists the police on the missing child case, particularly compelling.

Readers who enjoy suspenseful psychological thrillers and especially fans of Jo Nesbø, Lilja Sigurðardóttir, and Henning Mankell are sure to love reading The Collector. Anne Mette Hancock has certainly earned a spot in my pantheon of favorite Scandinavian crime fiction writers.

I received an advance copy of the book from the publisher used for this review, which represents my honest opinions.