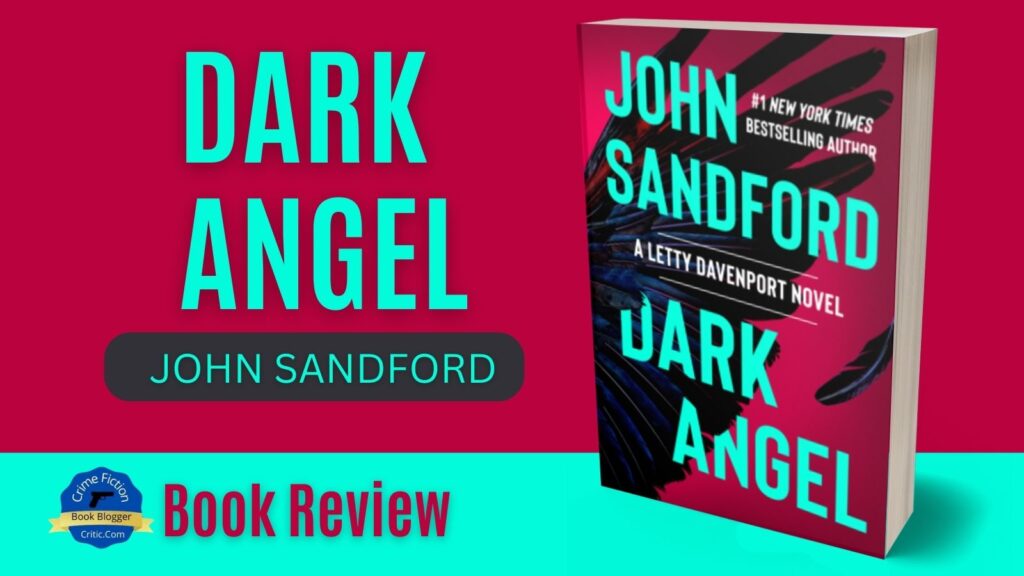 Letty Davenport’s days working a desk job at are behind her. Her previous actions at a gunfight in Texas—and her incredible skills with firearms—draw the attention of several branches of the US government, and make her a perfect fit for even more dangerous work.

The Department of Homeland Security and the NSA have tasked her with infiltrating a hacker group, known only as Ordinary People, that is intent on wreaking havoc. Letty and her reluctant partner from the NSA pose as free-spirited programmers for hire and embark on a cross country road trip to the group’s California headquarters.

While the two work to make inroads with Ordinary People and uncover their plans, they begin to suspect that the hackers are not their only enemy. Someone within their own circle may have betrayed them, and has ulterior motives that place their mission—and their lives—in grave danger.

“You killed three people in Texas, and two more, five years ago, in St. Paul. How do you feel about that?”

So explains Sandford’s lead character, Letty Davenport, when asked about her background when the National Security Agency (NSA) brings her in for an undercover op to track down a well-organized cell of hackers known as Ordinary People. The NSA reps tell her the hackers are nosing around natural gas distribution systems and they think the group intends to shut down the natural gas supply of a northern city in a ransomware attack which could, in the dead of winter, cause civilian fatalities. The NSA wants Letty to hook up with one of their computer specialists and to protect him as he tries to infiltrate the hacker cell to identify as many of them as possible so the agency can avert the ransomware attack. Letty still works as an investigator for the inspector general of the Department of Homeland Security, although her real boss is Senator Christopher Colles, chairman of the Senate Homeland Security and Governmental Affairs Committee. While Letty suspects the NSA reps aren’t telling her the entire story, she accepts the assignment when Colles asks her to take it. Once Letty and her computer specialist partner, Rod Baxter, arrive in L.A., the home turf of Ordinary People and start contacting people who can introduce them to members of the hacker group, Letty soon realizes her suspicions are well-founded. There is much about the operation the NSA didn’t tell her and Baxter when they signed on. It isn’t long before they discover the NSA has pitted them against a far more dangerous adversary than a bunch of computer nerds, and their actual mission has nothing to do with keeping someone from shutting off natural gas supplies.

The Letty Davenport series is a new spin-off series, but Letty is far from a new character. She is the adopted daughter of Lucas Davenport, currently a U. S. Marshal, and the lead character in Sandford’s bestselling Prey series and appeared in many of the Prey novels. Because Lucas is aging out as a believable law enforcement character, Letty seems to be the heir apparent to the Davenport legacy and franchise. Those unfamiliar with Letty would do well to read Naked Prey, the fourteenth book in the Prey series that introduces her. Understanding her backstory helps provide an accurate understanding of why she is the woman she is in this series. I love the Letty Davenport character for many reasons. First, she is an excellent, strong female lead character. I like the persona Sandford has created for her, making her seem like a person, not a caricature. Finally, I like Letty because she is so much like her father that she and Lucas might as well be blood kin. That’s something she is well aware of, as this quote from the book illustrates.

“He [Lucas Davenport] and I are a lot alike. Uh… My mom says we both look at the world through untinted glasses. We don’t think about what it might be, or should be, or used to be, only what it is.”

Like Lucas, Letty is the predator when it comes to taking down violent criminals. She isn’t bloodthirsty, but also like her father, she has no qualms about shooting people that need it and may even lean a little towards being a sociopath.

One thing John Sandford does best is strong characterization. And in Dark Angel he offers a full slate of interesting, fully developed characters, including the believable antagonists. John Kaiser, a former special forces operator and another Department of Homeland Security investigator who teams up with Letty in the first book, is back in this one. He is another likeable and relatable character. Also, Sandford introduces a new standout character, Barbara Cartwright, a CIA officer, who shares both a similar background and a similar personality with Letty. Only Cartwright is a little bloodthirsty. She ends up in L.A. as a reinforcement once things get tense for Letty and Baxter. I have a feeling we’ll see more of Cartwright as the series progresses.

John Sandford, one of my favorite crime authors, is an excellent writer and storyteller. That’s not surprising since he began his career as a journalist. His books always reveal thorough research and he gets things right. But something I admire about Sandford is his imagination. Time and again he comes up with original, absorbing stories and plots built around current events that make them even more realistic. This book is no exception. While his Prey series is my favorite because I really like the Lucas Davenport character, I think Dark Angel is every bit as good as the best novels in the Prey series. I loved the first book in the series, The Investigator, but enjoyed this one even more.

My advice is to begin reading this book early in the day, because Sandford grabs you from the start and you won’t want to put this book down until you read the last page.

I received an advance copy of this book from the publisher via NetGalley for review purposes.

Order Your Copy of Dark Angel on