Silver Pebbles by Hansjörg Schneider—an engrossing, realistic police procedural with a host of compelling characters on both sides of the law. 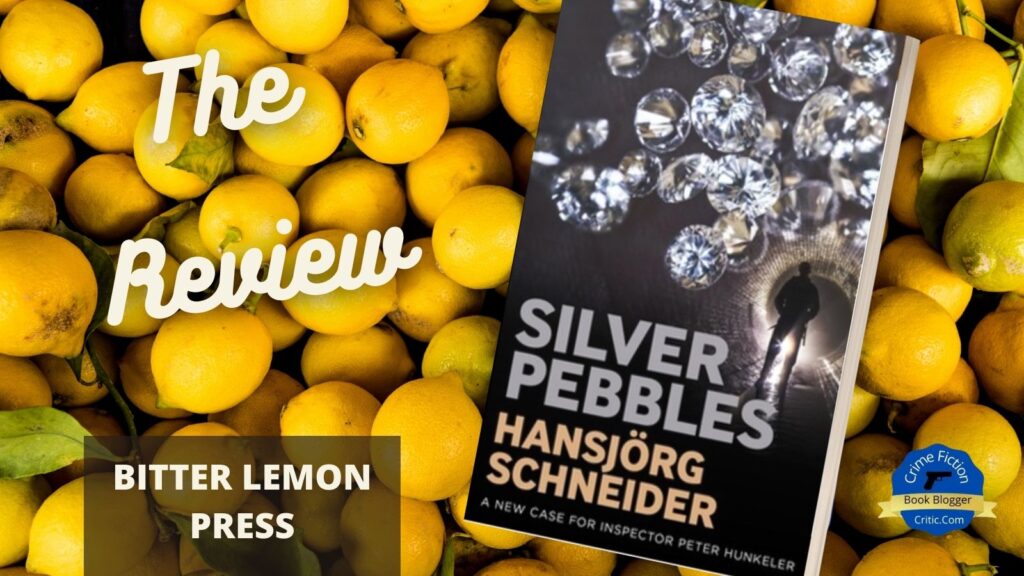 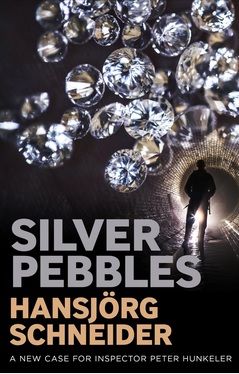 I’ve been reading a lot of very impressive international crime novels recently, and Silver Pebbles by Hansjörg Schneider is yet another. A die-hard fan of crime fiction for decades, I’ve purposely expanded my crime fiction reading beyond the borders of my own country. So it delighted me when a publicist for Bitter Lemon Press offered me a copy of this book, and Schneider, a Swiss writer, and dramatist did not disappoint. While Silver Pebbles has elements of a slow-burn crime thriller, it fits best in the police procedural genre, a sub-genre of detective fiction. A police procedural differs from other cop novels. Instead of a single policeman getting called in to solve a crime and doing it alone, an entire squad cooperates to solve the crime using the methodology of detection based on real-life police work. Inevitably certain characters are more interesting or intelligent than others and get more space in a novel, but putting the bad guys away and solving the crime is a team effort.

“An elegant young Lebanese man, carrying diamonds in his bag, is on the train from Frankfurt to Basel – a drug mule on the return journey. At Basal train station, Hunkeler is waiting for him after a tipoff from the German police, but the courier first manages to flush the stones down the public toilets. Erdogan, a young Turkish sewage worker, finds them in the pipes under the station. To him they mean wealth and the small hotel he always wanted to buy near his family village. To his Swiss girlfriend Erika, the jewels signify the end of their life together. She knows that Erdogan has a wife and children in Turkey.

For the courier, finding the stones is a matter of life and death. His employers are on their way to ‘tidy things up’. For Hunkeler the diamonds are the key to finding the people behind the drug deal. They turn out to include, not only the bottom-feeding criminal gangs, but the bankers and politicians very high up the Basal food chain.”

Typically in a police procedural, someone commits murder, and a squad of police detectives gets called upon to find the killer. However, what drew my attention to Silver Pebbles was that it isn’t about a murder but a drug courier transporting a fortune in diamonds back to his employers in payment for the delivery of drugs. That fresh and creative approach is one of the things I liked best about the book. It captured my imagination and made for a more compelling premise than my usual steady diet of murder novels.

As the book unfolds, we first meet a key criminal in the story, Guy Kayat, a young Lebanese man working for a drug cartel as a drug mule and courier. Kayat is on the train from Frankfurt to Basel (a city in northwestern Switzerland on the river Rhine). In his bag, Kayat carries a fortune in perfectly cut diamonds received in payment for a delivery of narcotics which he is couriering back to his cartel bosses. Unfortunately for Kayat, the Swiss police are on to him, thanks to a tip from the German police, and a squad of detectives is waiting on him at the Basel train station. Schneider does an accomplished job painting this character for us. As the story progresses, we learn much about Kayat, why he does what he does, and what motivates him to participate in the drug trade. Once we learn about him, even though he is a criminal, it’s difficult not to feel a measure of sympathy for him.

A few pages later in the first chapter, we meet the main character, Peter Hunkeler, a detective inspector with the Basel police and the detective in charge of the squad tasked with apprehending Kayat and seizing the illicit diamonds. Hunkeler, as the protagonist, gets more space in a novel than his police colleagues, and naturally, we get a more in-depth look at his life than the lives of the other cops involved in the investigation. We see the investigation develop primarily through his eyes. In a real sense, the book often seems less concerned with solving a crime than examining the complex life, motives, strengths, and weaknesses of Hunkeler.

The biggest challenge for some readers of this book might be that the Hunkeler character seems a bit clichéd. After all, he has all the usual flaws one expects from the main character in a novel of the genre. First, he smokes and wants to quit but can’t. Second, Hunkeler struggles with his long past divorce and estrangement from his adult daughter, who remains the most important person in the world to him. Third, the detective inspector is cynical and burnt out. Fourth, he is a maverick and doesn’t get on well with his supervisor, and sometimes he drinks excessively. Finally, Hunkeler has an intimate relationship with a woman he hasn’t married, which he uses mostly for only sexual satisfaction and fulfillment of his emotional needs.

I get it. Crime novel characters must have flaws to appear like real people. As I know from personal experience, policing is a stressful job, no doubt about it. But not so stressful that every single cop hits the bottle the moment their shift ends. Yes, many police marriages don’t always survive, and divorces happen. But cop marriages can be as strong as anybody else’s. It’s one of the things that can help a police officer cope with the stress. Unfortunately, at least in the opinion of readers not devoted to the genre, crime fiction writers don’t always spend enough time pushing out from safety zones of the genre conventions. They believe that’s why we end up with tropes and clichés.

Alternatively, those like me who are devoted to the genre aren’t particularly bothered by reliance on the usual conventions, even if they might agree that sticking to them results in tropes and clichés. We sort of expect that from a police procedural. And from an author’s perspective, sticking to the conventions still sells books. Just consider an American super-star of cop novels, Michael Connelly, whose Harry Bosch is in the pantheon of all-time great police detectives. If you know much about Bosch, you know he shares all the same flaws with Hunkeler.

To be fair, there is far more to Hunkeler than the predictable flaws we’ve come to expect from police detective main characters. He possesses characteristics that make him unique and multi-layered. Examples include his political and social world views and his disdain for capitalists and politicians, many of whom Hunkeler regards as the true criminals while acknowledging their wealth and positions makes them virtually untouchable. Also, while Hunkeler enforces drug laws, he feels a high degree of sympathy for drug addicts. All in all, I find Hunkeler a compelling, multi-faceted, and believable character.

As much as I liked Hunkeler, the character in the book which most captured my attention and I like most is Erika, the Swiss girlfriend of the Turkish sewage worker, Erdogan, who eventually finds the discarded diamonds in a sewer pipe beneath the Basel train station.

Erika might be considered a only a minor character in the overall scheme of the novel. She is a single, childless, middle-aged woman, past her prime, who works as a supermarket cashier and desperately clings to the relationship of mutual convenience that she shares with Erdogan. Yet it is with Erika I believe Schneider’s expertise with drawing realistic, believable, and complex characters shows through most brilliantly. Moreover, the crafting of Erika is a virtuoso performance. We feel immediate empathy for Erika and sympathy for her difficult life while at the same time feeling astonishment upon learning she is a woman of grace, character, strength, and wisdom.

If you’re unfamiliar with the works of Hansjörg Schneider, as I was before reading this book, I think it fair to say that stylistically, Silver Pebbles reads quite like a Henning Mankell Wallander novel. Even those who haven’t read Mankell have likely seen the popular films based on his Wallander character. Silver Pebbles isn’t a whodunit. Both the police and the reader know who the criminals are and what they’ve done out the outset. The story is about the systematic attempts by the police to solve the crime by bringing the bad guys to justice and how the criminals try to get away. The book has its suspenseful, edge-of-your-seat moments, but at times the pace of the story lags as we wait for something to happen, some catalyst to reignite the action. However, that is the nature of the police procedural, which seeks to mirror the realism of actual police investigations that play out similarly. The police do not solve crimes in an hour, as television dramas portray.

I found Silver Pebbles a gripping and entertaining read and came away impressed with Schneider’s obvious and considerable talent as a crime writer. He is the author of several highly acclaimed plays and the bestselling Hunkeler crime series, with ten titles published. The Basel Killings, the first in series published in English, was awarded The Friedrich Glauser Prize, Germany’s most prestigious crime fiction literary award. Silver Pebbles is the second book in the series to be published in English. I found not a single awkward passage in the book, revealing that translator Mike Mitchell did an admirable job with the translation. Those of us who enjoy reading novels from international authors first published in other languages always appreciate that. If you’re a devoted fan of detective fiction and police procedural novels, you’re sure to like this book. I truly loved the ironic denouement. The resolution was both appropriate and most satisfying.

Bitter Lemon Press will publish Silver Pebbles from February 22, 2022. I received an advance reading copy of the book from the publisher used for this review, representing my honest and unbiased opinions.